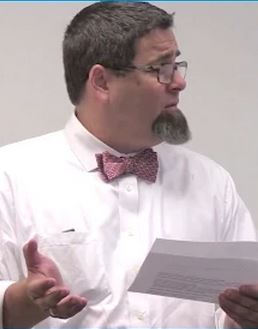 Whole Reason is the theological teaching site for Associate Pastor Daniel G. Sinclair, living and working in the Nashville, Tennessee area. I am currently pursuing a Masters in Theology at Williamson College.

To provide balanced, meaningful, in-depth Biblical teaching on subjects critical to spiritual growth. I have particular interest and experience in certain subjects, including but not limited to:

I grew up in an agnostic home, looking down upon religious people as largely uneducated and fearful. However, during my senior year at NC State University, I became a Christian through my own seeking and the preaching of a local pastor. That was 1986.

In 1987, I received my B.S. in Biochemistry (and B.A. in Chemistry), and went on to do five years of cancer research at the University of North Carolina at Chapel Hill.

However, I grew restless, awakening to my desire to preach, teach, and do music. I quit my job and did six months of missionary work with Youth With A Mission (YWAM), which was powerful and transforming.

I returned, attempted and failed to raise support for missionary leadership training, and instead, worked on my inner life while supporting myself with temp jobs. I healed many personal issues through inner child work, Christian psychological works, and masculine recovery literature. I also volunteered as a contemporary worship leader in a local CMA church.

However, because my formative Christian years were spent in an unhealthy, abusive and controlling Christian church, I began to seek even more healing away from the somewhat warped Christianity I experienced, and after moving to California to take a computer job, left Christianity to explore Yoga and Buddhism.

I learned much in those 6 years, but eventually returned to evangelical Christianity, with a broader perspective, and without rejecting the helpful practices I learned in those other traditions. And while I may disagree with the revealed truths of the Eastern traditions, I embrace their common truths and practices of mindfulness as disciplines that are compatible with Christianity and useful in spiritual growth and practice, even if they do not not provide salvific power.

I was an Associate Teaching Pastor at a local AOG church Between 2008 in 2018. Currently I help lead a marriage mentor ministry in my local church in Tennessee. I pay the bills as a Business Systems Analyst doing software development.

As a former scientist, computer worker, and prodigal, I contribute my own skills and experience to promoting the healthy pursuit of God, love, and truth. Or at least that’s what I tell myself.

What is your logo all about?

Fire represents both reason and faith. Faith and reason are not antithetical, but rather, they work as epistemelogical partners to help us determine what is true and good.